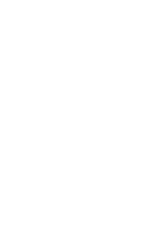 Federal Way is a relatively new suburban city located between Seattle and Tacoma. Home to 92,734 people earning an average of $57,589 per household, Federal Way is very affordable with a median home price of $240,000 last year. The city has plenty of parks and lakes, including hundred of acres of green space around the Weyerhaeuser Corporate Campus. The city also hosts Dash Point State Park, a large sandy beachfront park with miles of running trails and a cliff overlooking the Puget Sound.

We have TWO private office spaces that are now ava

Please give a big welcome to Colby Larson, who jus

Another great group today for the @tacomamission!

One of our BIGGEST & best #TransformationTuesday h

We are so excited to officially welcome Airial Veg

We had an awesome time at the Tidy Up Tacoma event

If you enjoy staying off the beaten path, this hom